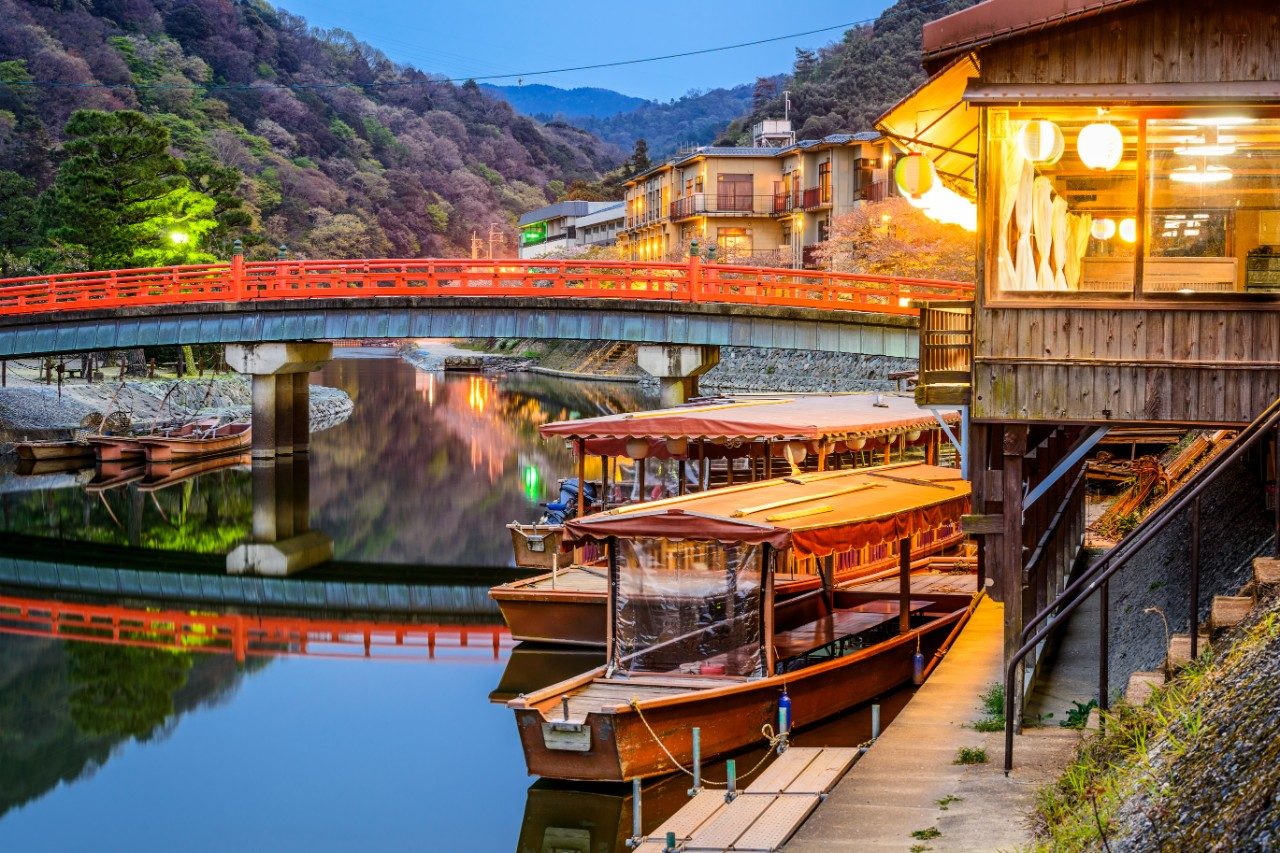 Tokyo: Image above by Sofia Terzoni from Pixabay

Sprawling Tokyo made up of its daringly different neighbourhoods may be one of the planet’s most densely populated destinations but it is also one of the world’s cleanest cities. In fact, Tokyo is a place where recycling is so respected that they have almost turned it into an art form.

Whereas Japan’s ancient capital, Kyoto is considered by many to be the cultural heart of Japan. This exceptionally historic city is probably what appears in your mind’s eye when you conjure up images of Japan and see wonderful colourful Shinto shrines, gorgeous, graceful Geisha girls, and of course Buddhist temples in the City of a Thousand Shrines.

So while it is blatantly obvious that both Tokyo and Kyoto have abundant charms, what happens if you’re on a pretty tight schedule?  Over to our guest bloggers, Ellie and Riki from Steady As We Roam, who had 10 days to divide between Tokyo and Japan.

Words by Ellie, photos by both Ellie & Riki, of Steady As We Roam

During our 10 days in Japan, we split our time between Tokyo and Kyoto. While there are undoubtedly countless other cities and towns worth visiting throughout the country, these locations gave us an opportunity to explore two very different sides of Japanese culture: the new and the old. A Japanese starter pack, if you will.

In Tokyo, we focused our time on the modern and forward-thinking side of Japan. We visited chaotic arcades that were a sharp contrast from the surprisingly calm and quiet streets of the city. In one, we played a virtual reality game that was so real I had to keep reminding myself that the monsters “attacking” me couldn’t really touch me.

During the game, we were instructed on-screen to move in different directions and physically walk from place to place in the virtual world. Amazingly, every player ended up in the same spot in the room at the end. Imagine the science that went into making sure each person, regardless of stride, ends up in a precise location every time even though they are essentially blindfolded.

We also explored the ways Japanese companies are using technology to solve major challenges. At the Toshiba Science Museum, we learned about the technology that will shape the future of cities, from how we shop and get around to how smart buildings will conserve energy. Many of the signs throughout the museum were in Japanese (with a few English translations), but because most of the exhibits were geared toward kids, we were able to play along.

We also visited the National Museum of Emerging Science and Innovation, and this is where our minds were blown. The museum is home to Honda’s robotic humanoid, Asimo, which gives demonstrations a few times each day. This isn’t a case of a staff member leading a presentation and pushing buttons to make a robot perform a few tasks. Asimo runs the show. Literally. It can run. Our jaws dropped as we marvelled at everything Asimo can do. We were amazed by the technology being used and developed in Tokyo; we got a glimpse at the future.

While Tokyo is the epicentre for Anime, arcades, and robots, Kyoto celebrates the traditions of Japan that have gone on for centuries. As Americans, it’s hard for us to grasp just how far back these traditions go. Fortunately, the Japanese people have preserved their culture, from incredible temples and shrines to recipes that have been passed down for generations, and they are delighted to share it with visitors. The locals we met were gracious, welcoming, and proud of their culture, making it easy for us to participate in it as well.

We took part in two traditions while in Kyoto: a ninja experience in a dojo and a tea ceremony at a temple.

At the ninja experience, we learned how to dress, walk, and meditate like traditional ninjas, but the most fun part was learning how to use centuries-old weapons such as throwing stars, samurai swords, and blow darts. We didn’t sign up for a private experience, but we were the only ones there so we got personal attention throughout the hour-long lesson. Our guide did a great job explaining each item we encountered and the reasons why things were used in certain ways, and he was patient as we tried our hand at different techniques.

The tea ceremony we attended was a completely different experience, but it was just as immersive. The session before ours was full–we saw about 10 people exit the tea house–but we lucked out once again and had the whole place, and the host, to ourselves. Nestled within a temple, the tea room was tranquil and beautifully decorated with traditional art.

Our host, Marcy, was extremely welcoming and obviously excited to share her culture with us. First, she explained the different tools she would use throughout the ceremony. Next, she performed the ceremony all the way through one time, and we got to try the matcha tea she prepared and a couple of sweet treats. Finally, we had the opportunity to use what she had taught us to make our own matcha. The whole experience was very relaxing yet informative.

Many Japanese customs and traditions that we noticed throughout our visit, such as respect and hospitality, were on display during the tea ceremony. Having Marcy explain the importance of these values brought new meaning to our entire visit.

While these two experiences were completely different, both allowed us to connect with locals, gain an understanding of Japanese customs, and deepen our appreciation for the country’s rich history.

Have you visited a museum that changed your thinking or participated in an experience that helped you form a deeper connection while travelling? We’d love to hear about it!

Cities with the best night time experiences
Why Indigenous Tourism In British Columbia Is Growing In Popularity
What Vietnam doesn't want us to see
10 Top Things to See and Do in Kaunas, Lithuania
15 things to do in Copenhagen Denmark
Galway Most Beautiful Places & A Few Local Legends
Share on social networks

Should I visit Kyoto or Tokyo or both?