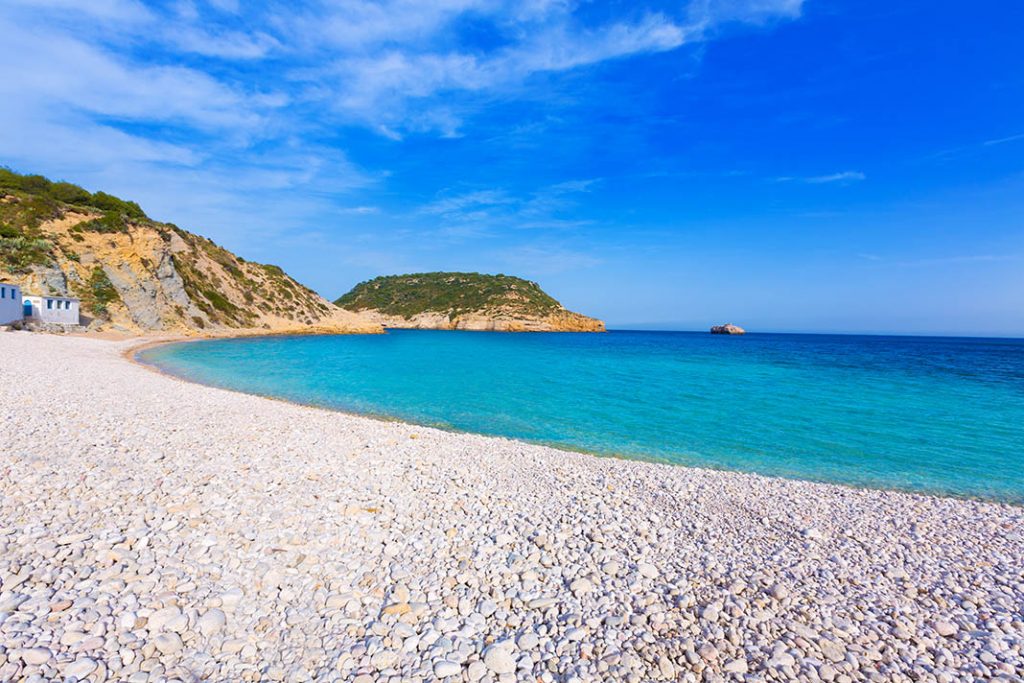 There are many reasons for people to expatriate themselves from the country of their birth. In the case of most British expats, they haven’t really renounced Great Britain, they’ve just removed themselves to what they believe is the best of all possible worlds.

Quite often expats will find that the idea of moving to another country is much more pleasant than the reality, and many don’t last a year in their new country surrounded by local people, who sometimes have radically different attitudes about what’s important and what’s not. Probably the largest stumbling block for Brits is a tendency to be extremely lax about learning a new language; that failure can lead to misunderstandings, frustration, loneliness and a lack of feeling of belonging.

1. Relocate to Javea: live the dream

With that said, and presumably inapplicable to you, if you’re thinking of becoming an expat, the good news is that it is possible to do so and to live the dream. It’s also possible that nowhere in Spain, or elsewhere, is there is a better place to settle than Javea (Xabia in the Valencian dialect).

Perched on an outcrop of the Costa Blanca, where the surrounding mountains and the Mediterranean Sea form a natural climate control unparalleled in Europe, sheltered from cold north winds by the Montgo Massif, Javea is quite literally blessed with sunny, temperate weather all year round.

2. WHO (World Health Organisation) rate Javea as having one of the healthiest climates in the world

The World Health Organisation is often cited as having designated Javea specifically in its conditions of the healthiest climates in the world. Due in part to the numerous salt lakes in the region, humidity is low even on the hottest days. People with allergies or asthma find the climate beneficial, not to mention beach-goers and hikers visiting at any time of the year.

Javea is located just about midway between the two main airports on the Coast, Alicante International to the north and Valencia Airport to the south, with approximately an hour’s driving time to either one. The town is also at the easternmost point of the Coast; residents are fond of pointing out that they’re the first in the country to watch the sun rise over the sea, if they happen to be early risers.

4. A sense of environmental responsibility

Since the 1970s and even earlier,  Javea’s enviable climate has been a major draw for Europeans from chillier realms, notably the U.K, Scandinavia and Germany. The town was never really ‘discovered’ the way some other towns on the Costa Blanca have been, in the sense of over-eager developers snapping up every foot of available land and covering it with hotels, urbanisations and other residential projects as well as all the commercial enterprise that goes with dense over-population found in many Costa Blanca towns.

One reason for this curtailed development is better planning on the part of Javea’s town council, or at least a stronger sense of environmental responsibility. At any rate, the area is far less densely populated and urbanised than almost any other town along the Costa Blanca, with a permanent population (as of the last census) of less than 32,000, although that number may triple during peak tourist season.

It is interesting (and encouraging, unless you’re a developer) to note that in 2015 the last urbanisable tract of land in Javea, the Saladar, was nearly devoured by a huge so-called ‘City of Sport’ which would have added a thousand houses and two luxury hotels.

This was a British-financed operation, by the way, but in 2016, a modification of the law regarding natural spaces finally put the Saladar firmly under the protection of ‘un-buildable land’. As of today you can still see the ancient channel used by the Romans to flood this low-lying area with sea water in order to extract the salt, and that is more of a pleasant sight than more houses.

It almost goes without saying that any seaside town on the Mediterranean coast of Spain will have at least one good beach; Javea has eight, and they are all good or better than good, but not all the same.

Only two are of the wide, sandy variety, so they are naturally the most popular with visitors, but the others have various bonus attractions besides the obvious one of remarkably clear sun-warmed waters.

If you prefer the glories of nature without the intrusion of man-made attractions such as snack bars and toilets, there are several coves of stunning beauty, rocky cliffs and crystal water where virtually no tourists ever venture. If it’s a mix of sea, sand and sangria you’re after, the options are fabulous but the tourists will be there too, at least in the warmest months. Therefore you have a nearly ideal situation where you can choose different venues as the mood strikes you.

In this vein, Javea also has its own nudist beach, which is absolutely lovely with or without clothes, and nobody pays much attention either way. This beach (Cale Ambolo) is quite secluded and also offers some of the best scuba and snorkelling opportunities to be found on the coast; most of its patrons are Spanish locals.

Any town that depends on tourism as a large part of its livelihood will present its best face to visitors, as a rule. Most of us have travelled to one place or another where full-time residents cater to the tourists but often make no secret of the fact that they resent the intrusion anyway. To some extent this is inevitable, but it appears from countless reports that Javea’s ‘natural born’ citizenry is on the whole genuinely friendly, helpful and compassionate towards outsiders.

This characteristic alone is enough to account for Javea’s large population of British and other expats, and of course the presence of those expats makes acclimatising that much easier for new ones. There are several organisations dedicated to assisting newcomers, often without even charging a fee, and many that invite members with similar interests and lifestyles to interact and make new friends amongst expats like themselves but also with the ‘real’ locals.

It should be noted that Javea is not a big town in any sense, but there are much larger and more commercially oriented cities and towns within easy driving distance if you want the nightlife and shopping they offer. However it should also be noted that there are many delightful shops in Javea’s Old Town and the Port district; those in the Port, including supermarkets, are frequented by the locals to a much larger extent than those around the Arenal main beach. Javea’s shopping atmosphere calls for a leisurely stroll rather than a rush to the mall.

For parents with school age kids, there are both public and private Spanish schools, depending on preference and the child’s ability to deal with the language. In addition there are two excellent international schools that accept students from all nationalities and offer the British Curriculum alongside intensive language courses.

Laude, the Lady Elizabeth School, accepts children from ages three through eighteen and specialises in providing young people with outstanding language skills and good career opportunities in their individual fields of interest. Xabia International College (XIC) operates in the same manner, with emphasis on community and cooperation amongst its diverse student body. Both are highly rated by the NABSS.

11. Javea: the perfect expat place in the sun

So, for most of those chilly Brits and other Northern Europeans yearning for a place in the sun, Javea has just about all of the major attributes most are hoping to find. It has not fallen prey to the over-crowding and commercialisation that blankets many a coastline in temperate climes; with responsible planning and foresight, that might be true indefinitely. As of now, Javea is one of the most idyllic spots on the planet; those who choose to live here are also responsible for keeping it that way.

This article was written by Alan of Javea Life.

We know that people lived in Javea an amazing 30,000 years ago! These first humans were nomadic people, which means they travelled around. They would have liked Javea because they hunted and gathered their food (hunter-gatherers) and the area because of its lovely weather, had plenty to offer to them.

Today when you visit Javea, if your family has the energy, you can do a four hour climb to visit the Montgo caves, where there are old cave paintings done around 5000 years ago.

The Romans also liked Javea. They occupied the town in the 2nd century BC – before Christ. The Romans used the port of Javea, which means it is the oldest place in this area of Spain, to have been a port used for business as well as fishing.

Of course, Javea was also popular with pirates. For centuries they tried to attack Javea, so the people had to build a big wall to protect themselves and the town. Even Javea's fishermen made their homes within these strong city gates.

Later during the 18th and 19th centuries, some people from Javea made lots of money. You'll never guess how? By selling and exporting raisins to other countries.

As featured in the Irish Times